I am working on a survival game based on the terrain editor for Unity 3D. The idea is to have a big island to explore while collecting things to help survival. I will probably add some mystery elements to the island – treasure hunting, ancient cultures, caves to give the player more to strive for. I want to base the game on obtaining water, food, shelter and fire. Activities will include building fires and shelters, collecting water in improvised containers, crafting tools–like flint knives, spears, axes, bow drills, ropes, and rafts and containers like baskets, pottery and packs. This current demo is in the early stages, not much game play here, but I spent some time making the island somewhat life-like. It has day and night working pretty well. Here is a link to the Island survival game.

Quick EDIT: I noticed my helper text is all messed up. The beginning of the game basically says – click to pick things up or use them. Use WASD, Space and the Mouse to move. Press T to light a torch when it gets dark. You must collect three sticks for the fire. Once you do, just click the fire ring and the fire will be built. 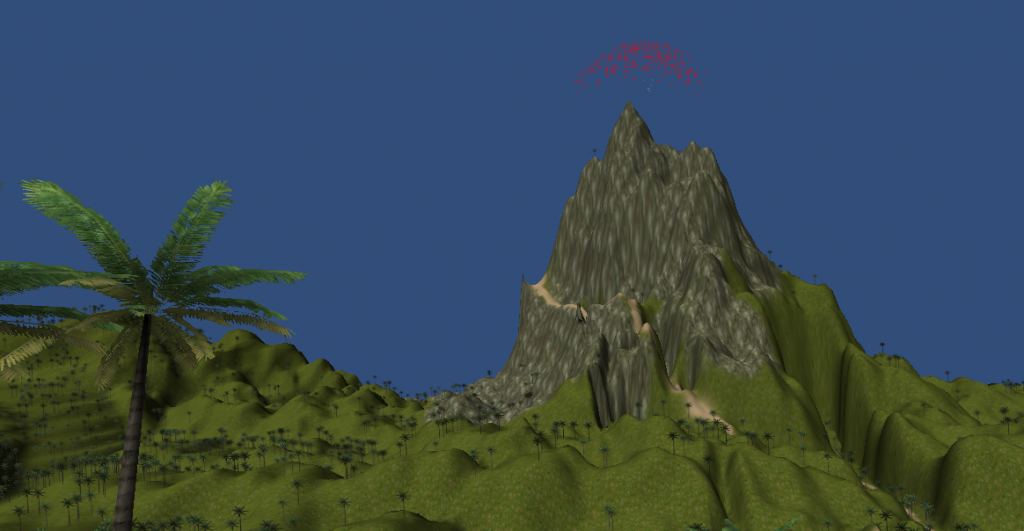