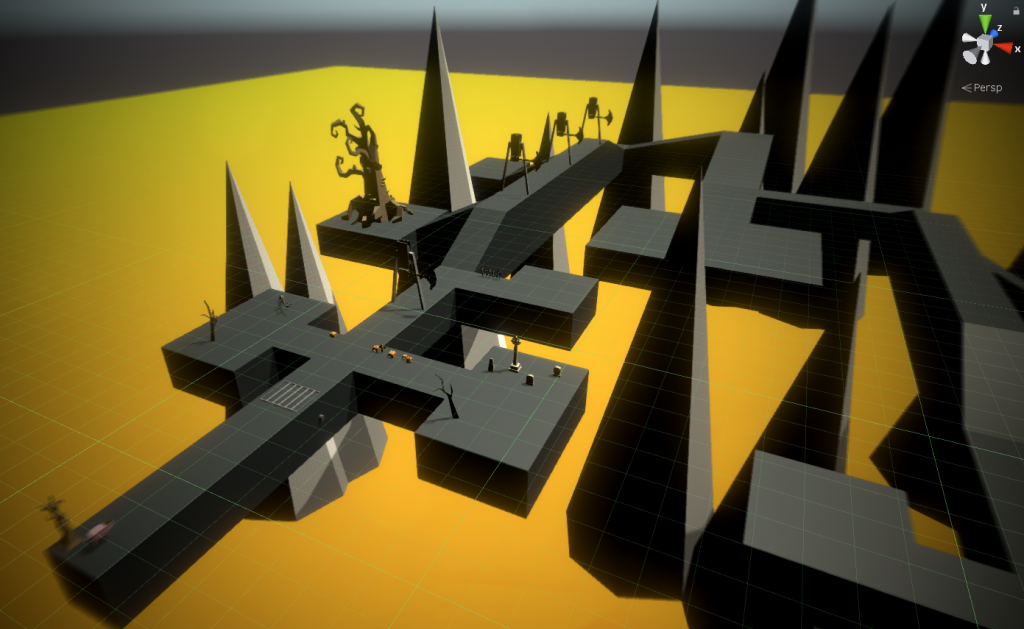 Sometimes you need a break from hardcore space combat simulation programming. As you might be able to tell from browsing Badger Head Games, while our roots can probably be traced back to the love of space games in many styles, I also like to create fun silly games as well. Over the summer I began working on a game that would star a pig – mostly because my son likes pigs and other farm animals. For awhile only a pig lived on Old McDonald’s farm when my son sang the song. Anyway, I had an idea for a ‘pig game’ that I thought would be great on mobile and I could build with some art I already had and some pretty simple programming. (haha simple programming…)

Here is a sample video of my new side project game Piggy Chase. It’s a low poly-isometric frogger / marble madness / pacman like game with farm animals and crazy tractors. The goal is to help the pig and other farm animals escape the farm. More levels and hopefully cool stuff before release on PC / iOS / Android. I just demoed this for people to play at District Arcade in Washington, DC this last weekend. Players had a lot of fun!