This last week I’ve been polishing up the current build and sending it out to some testers to try it out. Also, on Tuesday I will be on the Space Game Junkie Podcast at about 10PM EST. Check it out! I’ve been a fan of the show and have really used them as a resource for inspiration and ideas. 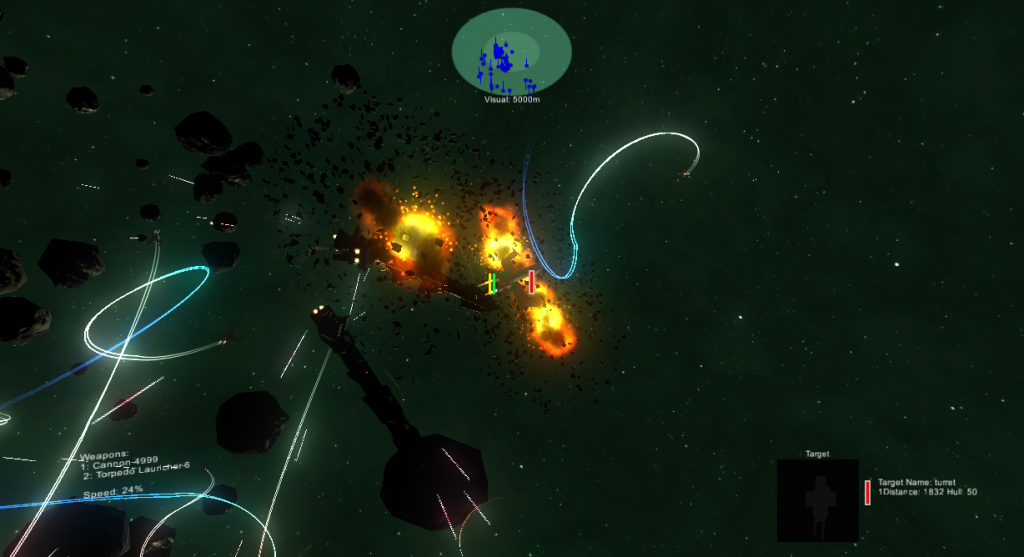 Some of the major additions have been getting the Battle Editor up and running and adding an Instant Action mode which currently house some missions as well as a place to load player created battles. The game will also eventually include Dynamic Campaigns with a story line of the unfolding war as well as branching mission paths depending on the completion/failure of objectives. 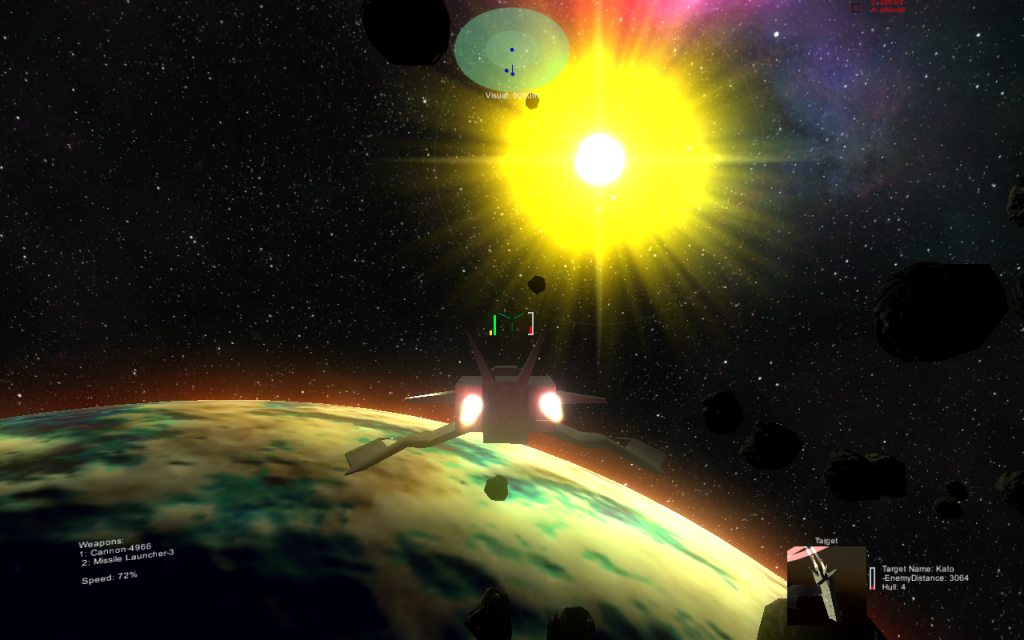 After that I’m going to work on a Free Play mode where the player can visit the many star systems of the game to trade, take missions, fight and explore. I am hoping to figure out a way for the Battle Editor to add content to all three game modes – Players should be able to build their own campaigns and scripted missions, as well as make Instant Action battles and build missions / locations for the Free Play mode. 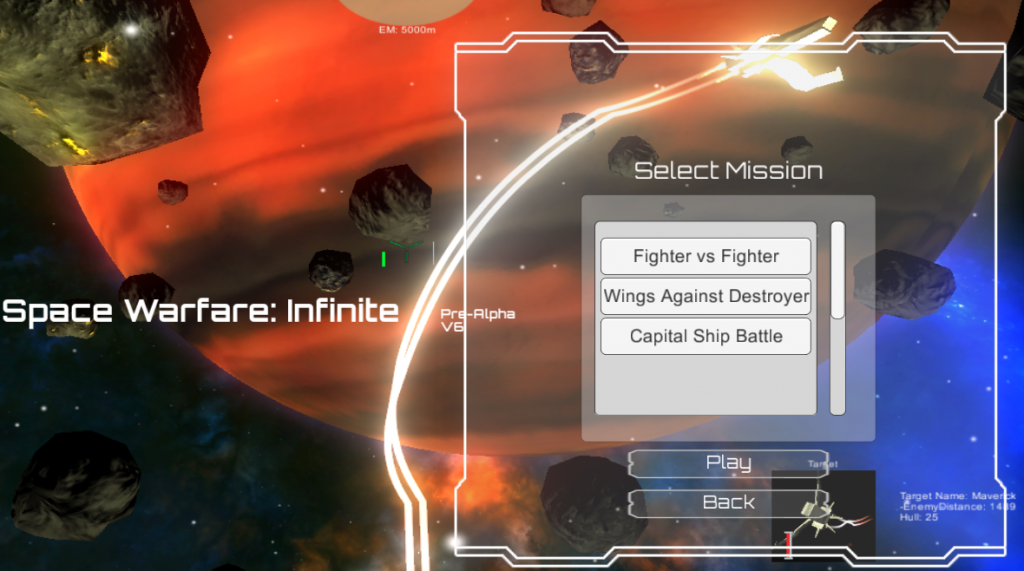 I recorded a video of playing the Capital Ship battle in Instant Action as well as a patrol mission.

Beyond the menu system, the battle editor saving and loading systems, and a lot of testing, I also added some other features. juskelis – maker of Starfire – offered to do a little alpha testing and had me make some tweaks to the roll of the ship as well offer the ability to invert the mouse. I also added warning messages for when power is low, armor is critical and when you take hull damage. I think it helps give the player some awareness about how much trouble they are in. Someday the console in the cockpit will spark etc. 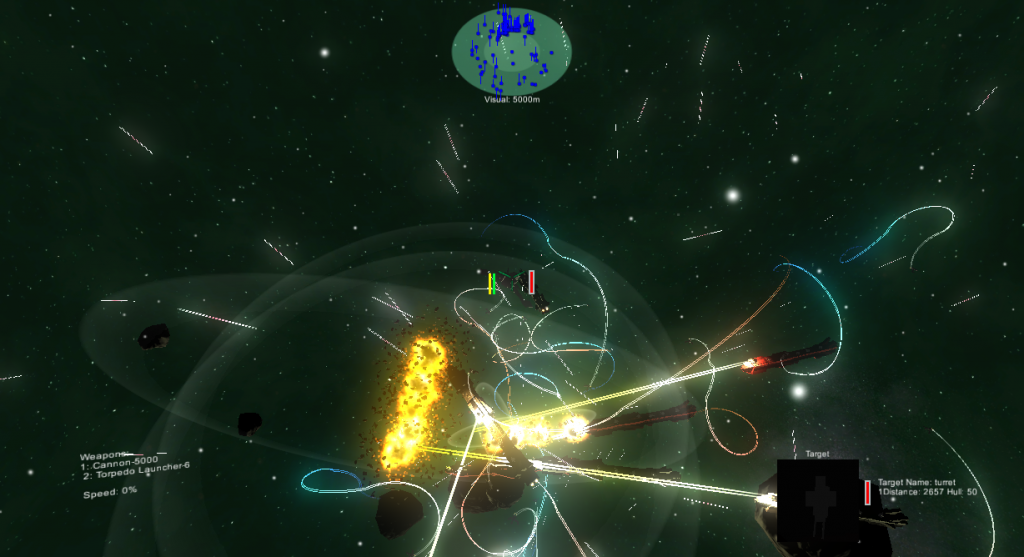 Another thing I tweaked – the player can now swap through all the ships in their fleet and control them. Before it was designated ones, but after all the refactoring, the switching ships works for anything now. It could also work for turrets, but I disabled that for now as I don’t have a control interface for turrets yet-they are run by AI. I want to add more control eventually since it’ll be more fun to have it when flying the cap ships.

As for next steps, I guess I’d like to hear what Space Game Junkies think I should add and just keep plugging away. The power management system is still just a fraction complete – I want to add reactor components to ships and hook up the energy draws to them to balance ships. Then I want to create a custom load out screen so the player can select their weaponry. Particularly for the Instant missions as well as to be used on some campaign missions. After that, I really want to add a Frigate, Corvette and Battleship to the ship list. I have some ideas for some sick battles. I want to work in formations for all ship types as well. Currently ships don’t play nice when you have them form up. So I want to work on that. Oh and add more AI stuff since thats not complete yet either – maneuvers are their, but currently enemies just pick from them randomly. I want them to make some interesting choices.