Part of last week and into the weekend has seen a lot of time devoted to reworking the AI. I also wanted to add some new visual elements and while I did not get around to modelling a bunch of capital ships, I did model a launch tube for the player to fly out of.

The launch tube is really just a mock up. It will get modeled in Blender someday in a more fleshed out way, but I wanted to add a more cinematic feel to the game play. It works! I have a whole idea for the first mission of the game and it will involve a FPS style run through the ship to the launch bay and then getting shot out into space. I won’t spoil too much, but lets just say my influences are books like The Lost Fleet, Old Man’s War, Armor and Starship Troopers. They all give a similar feel of a first battle against a superior force. I think it will be a rewarding intro if I can pull it off.

I’ve been reworking the AI from a Switch/Case (I know, terrible) to a class based approach like the one on the Unify Wiki and the one described in Unity 4.x AI Programming — but with my own twist. 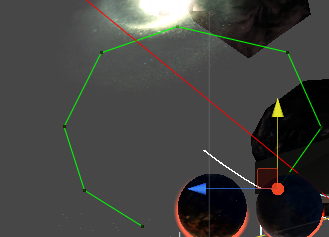 I am starting with what they explain, but I am working on making it more modular so that I don’t have to write an base AIScript for every pilot style. I want to be able to drop behaviors and maneuvers onto a ship and have it fly a certain way. I am getting there. I’ve built a maneuver component that has the ship fly a pattern, the pattern is imported into the AI State at runtime. It’s still not exactly where I want, but it’s starting to work pretty well.

Once I perfect the way the pilots pull in the patterns, I will also be building in better decision making for the AI. I’ll build in which patterns are best for different situations offensive and defensive. Additionally I will be adding in cooperative moves and player commands to get assistance from wingmen. I’ve also got plans to start making AI adhere to the same targeting situations at the players so the player can lose an enemy etc. 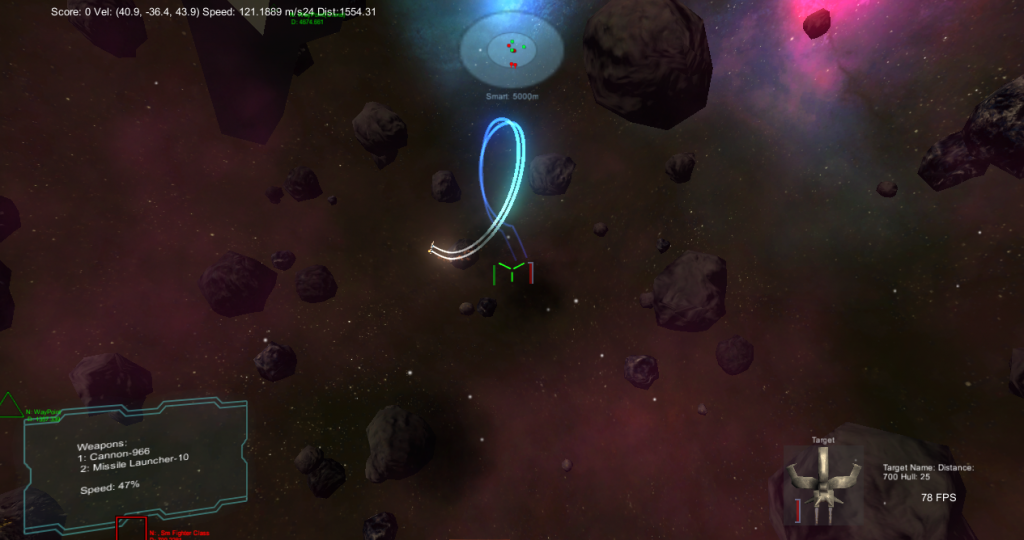 After the dogfighting is passable, I will start working on getting the capital ships moving. They need to move differently than the fighters and small craft, but currently they just sit there and hope their turrets have something to aim at. It will be real cool when those things start to move.