I spent the weekend putting together a capital ship and its turrets. Its still a work in progress, but it is fun to have to play around with. 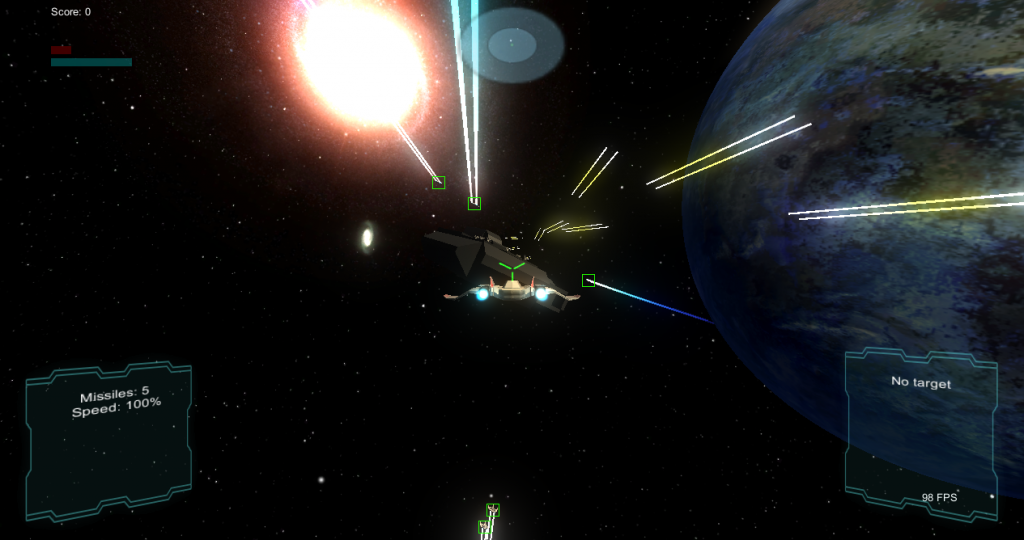 Capital Ship!
I built the capital ship model using Pro Builder. I’m still a true amatuer at modelling, but I am working on it. The ship is a carrier-type with a big fighter bay on the side. It’s about a kilometer in length, but you can only really tell if you put a 3rd person character on it and walked around. It seems like the trick is to put bunches of detail panels and sloped surfaces on it so it doesn’t look like a flying cube. I am using games

like Freespace 2 as a reference since the ships were boxy but people still liked them. Once I get some nice models together, I will explore real texturing. The current carrier isn’t going to be in the finished game – at least not the model in its current form. The main goal was to get something giant to fly around and fight against that had a killer amount of turrets. Ta -da ! 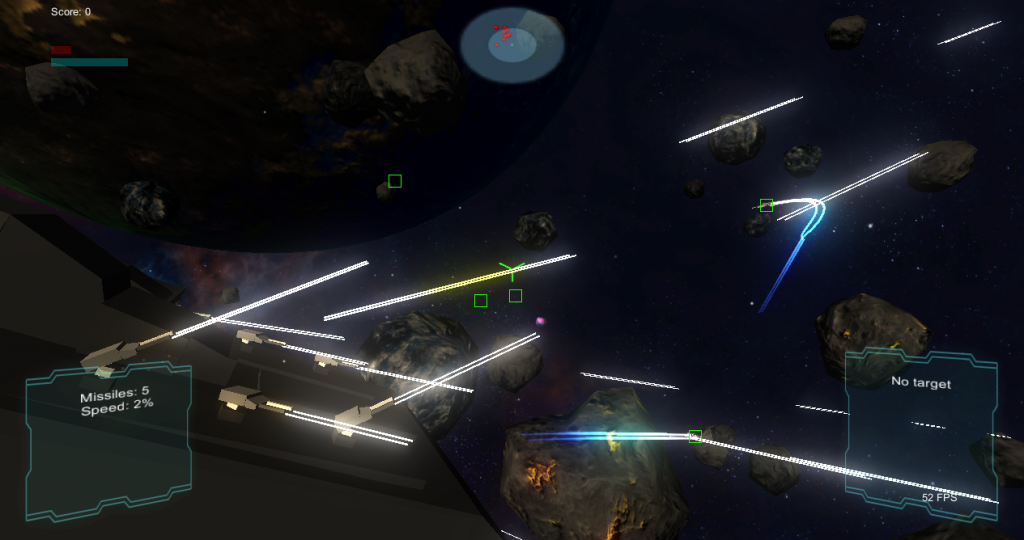 Having the cap ship, tho, gives me lots of directions to go. It’s be cool to have the player fly out of a fighter bay tunnel at the start of a battle. I have an idea for smaller gun boats that would be a much smaller cap ship with a big gun and a pd. They’s have less armor, but would be a bit more maneuverable than big stuff. They’d be used in groups to attack big

ger Battleships by attacking from different angles and things to overwhelm defenses. Going one-on-one with a battleship would be a big problem since a big gun might take it out in one hit, but a group could score a bunch of hits while a big gun can only focus fire on one target.

I want to get AI together that will allow the cap ship to maneuver. Once that happens, a second capital ship so that they can fight each other. The current one would have to have AI that would make it find an average waypoint in the middle of the action so it can get in there and mix it up with fighters. Or, it will need AI that can chart a course along the side of another cap to do a flyby. If all caps follow the current gun load out a dive and attack would be a good strategy since a caps guns are on top mostly, so getting under the enemy will offer a passing attack while not getting exposed to the bigger guns on top.

Also there will be at least one cap ship with a giant trench in the middle leading to some sort of highly explosive power core. It will be the only cap ship that a fighter might be able to take out on their own.

Turrets!
The turrets rotate and look up and down to target enemies. Currently they are sort of Point Defense guns, but I am also going to add anti-capital ship guns, beam weapons and missiles. The model for the turret is really for a big anti-cap gun. 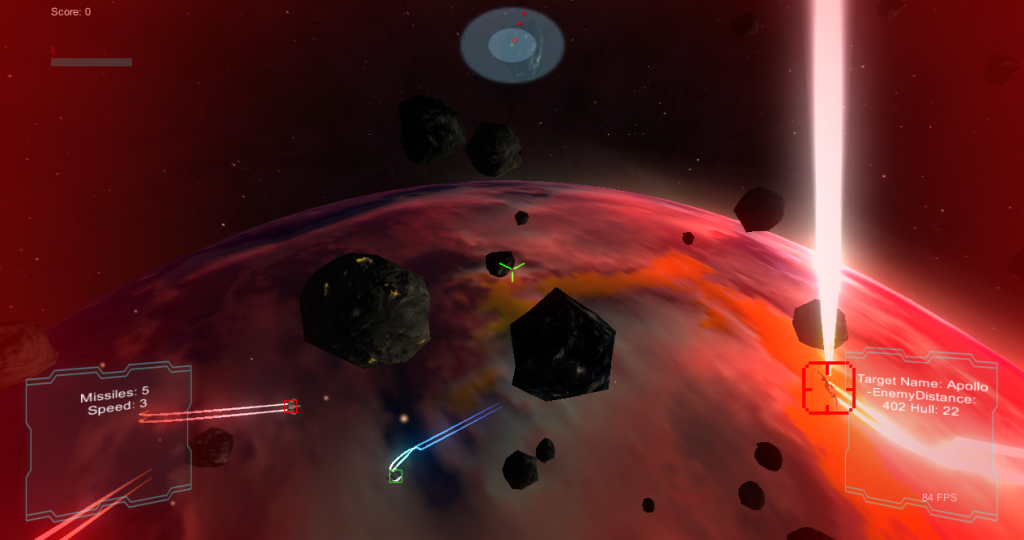 My basic thoughts are that all guns on a cap ship should be on a turret since the ship can maneuver as simply as a fighter. Big anti-cap ship guns will rotate slowest, but pack a big punch. Currently, if a fighter is unlucky enough to get hit by a anti-cap projectile its instant explosion.  Big guns will prioritize other big ships that aren’t zipping around. Point Defense (PD) guns will track and take out fighters and missiles that get too close. Currently each turret has its own targeting AI. I hope to also add a targeting list function for some guns like PD and high-fire rate missile launchers so that they can move briskly between many targets. In a combat mission against Capital Ships, the main goal of fighters is to take out the PDs and other guns to make way for missiles to take out the ship. I am thinking some classes of cap ship will have strong enough armor that standard cannons on fighters won’t do any damage at all.