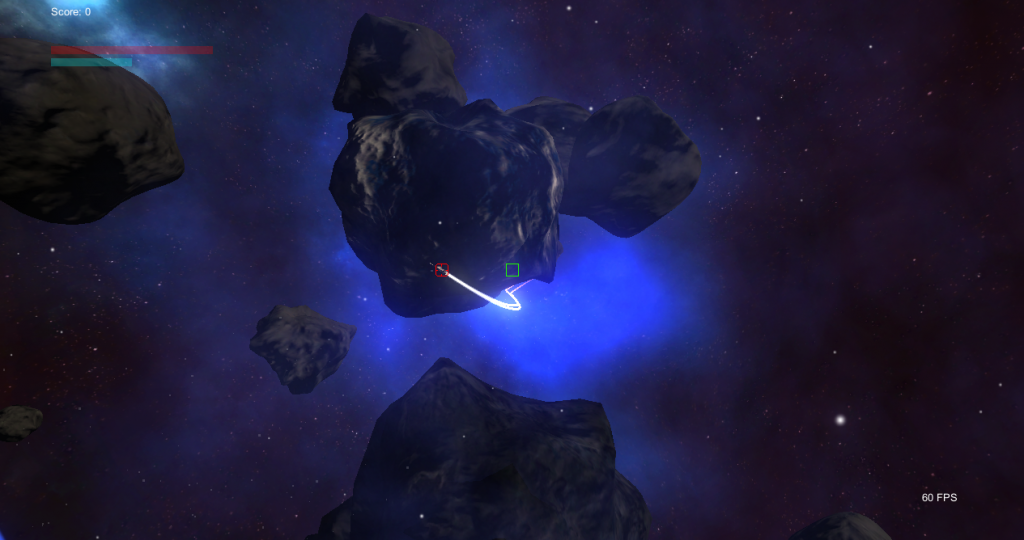 I just add some pretty good code for collision avoidance in Space Warfare… Most code ideas I found around the nets about collision avoidance use the same block of Unity Javascript. Well, Javascript is taking a back seat in Unity pretty soon and I don’t really use it. I thought other folks might like the same code snippet in C#. Here it is!

//subtract AI thing’s position from waypoint, player, whatever it is going towards…

//normalize it to get direction
target = target.normalized;

Thanks to http://wiki.dreamsteep.com/Unity_ai and http://vimeo.com/9304844 for explaining the concept to me. If any readers are having trouble, check those sources… My numbers for distance and repulsion are based on spaceship moving at high speeds. The examples show slow moving spheres so their numbers might work better.

Next I will be adding a case where if all three raycasts hit you need to move one way or another. Otherwise, everything cancels out just about and ships still crash into stuff and explode. I kinda want that to happen a little bit so that you can feel like you are in a good asteroid chase scene, but not so much that it is over in seconds…