The month of September was devoted to experimenting with procedurally generated space areas, hyperspace jumping, and dog fighting AI.

The result is affectionately named Space Wars Team Battle Demo. The team means AI teammates, no online play for this one… yet. Technically, if you fly long enough you can arrive at the planets. The game will eventually feature some sort of landing, probably not seamless atmosphere flight as that is just magical to me. 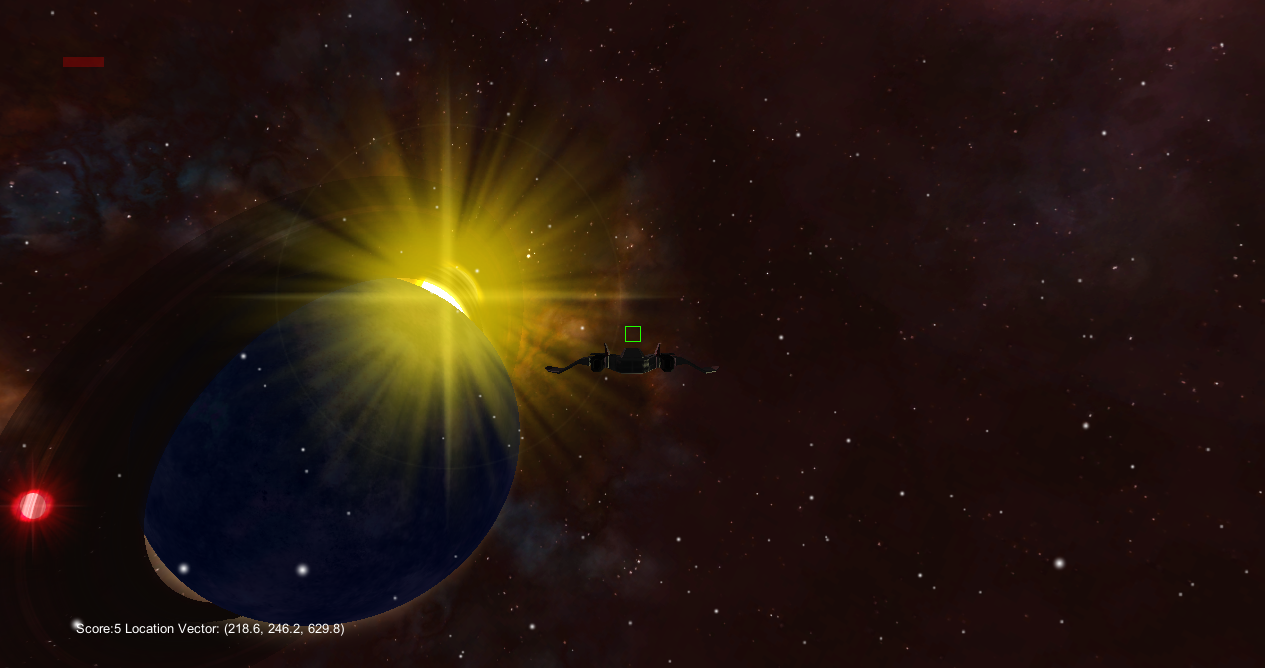 There are also jump gates that are functional. Again they require flying far into space. They are glowing spheres. Hit one and you will jump to a new system. These will eventually link between systems in a way that makes sense. For now they are random… The main ‘game’ of this demo is just destroying the enemy fleet and then auto-jumping to the next round. It’s hard. Here is the link to the Webplayer (PC and Mac Coming soon)… Frame rate seems ok when I play it, but mileage may vary –should run real fast on the standalone build.

Tips:
On the web version – Right click and Go Fullscreen. This will allow the mouse to lock and give you the ability to use the right mouse button to do a barrel roll.

Here is a video of some gameplay: